← more from
Hidden Pony Records & Management
Get fresh music recommendations delivered to your inbox every Friday.
We've updated our Terms of Use. You can review the changes here. 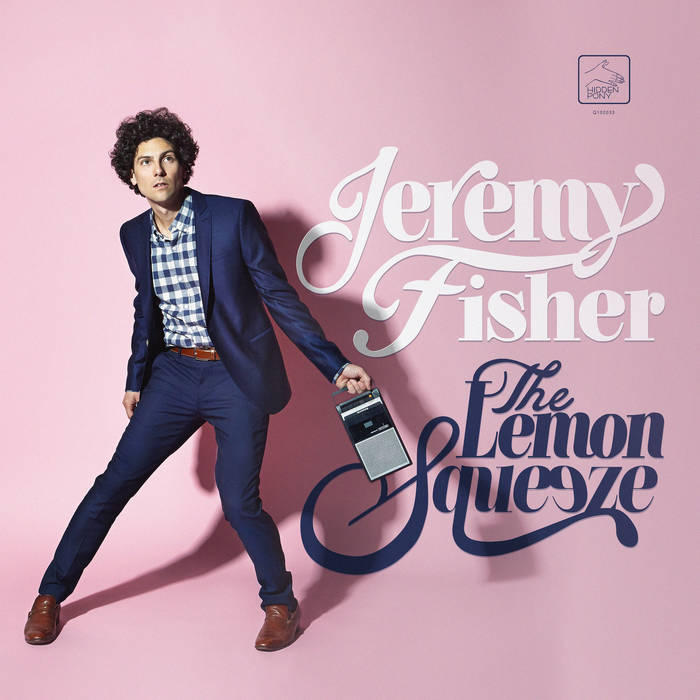 Don’t let the title fool you. There isn’t a single sour note on The Lemon Squeeze, the latest from beloved Canadian singer-songwriter Jeremy Fisher.

After developing a devoted fan base through five folk-influenced releases, Jeremy boldly ventures in a new direction with The Lemon Squeeze. This is clear from the opening track, “I Love You…So”; a tight pop tune owing more to Ben Folds than to any folk artist.

The decision to make a pure pop record was solidified after a discussion with producers Gus Van Go and Werner F. “When we first sat down, we batted around the idea of a pop record that would stay true to my typical, acoustic guitar-driven solo show. But when I started to write, the songs just weren’t coming on guitar.”

“I reached out to Gus for some encouragement, and we started chatting about albums that we were both into.” Enter Randy Newman’s seminal 1972 album, Sail Away - “Newman’s quiet masterpiece” according to Rolling Stone Magazine.

“The first album we really hit it off over was Sail Away. I told Gus that I had always wanted to record a piano-based album and he persuaded me to follow through on that. I started practicing piano in a very deliberate and disciplined manner. I think the joy and novelty of spending time on a different instrument made space for new music in my brain, and I ran with it.”

“I would set up my recording equipment every day and lay down ideas. If a lyric wasn’t coming to me, or I felt like I was meeting some resistance, I would take a break and throw on a record in the kitchen.”

The end result was everything from Randy Newman-inspired piano ballads with strings, to Queen-esque guitar licks, to Billy Joel-styled pop. “I am definitely wearing my influences on my sleeve with this record,” admits Fisher quite openly.

Despite the fact that Fisher was inspired by albums on wax, The Lemon Squeeze doesn’t have that traditional flow. For this, Jeremy makes no apologies. “I grew up with albums and I feel driven to make albums as an artist. The way we listen to music is changing though and as much as I tried to create a cohesive body of work, The Lemon Squeeze plays like an album of singles. It was liberating to make every song on the record unique.”

Bandcamp Daily  your guide to the world of Bandcamp

Frayle's Gwyn Strang and Sean Bilovecky join the show to talk about their cathartic new album.